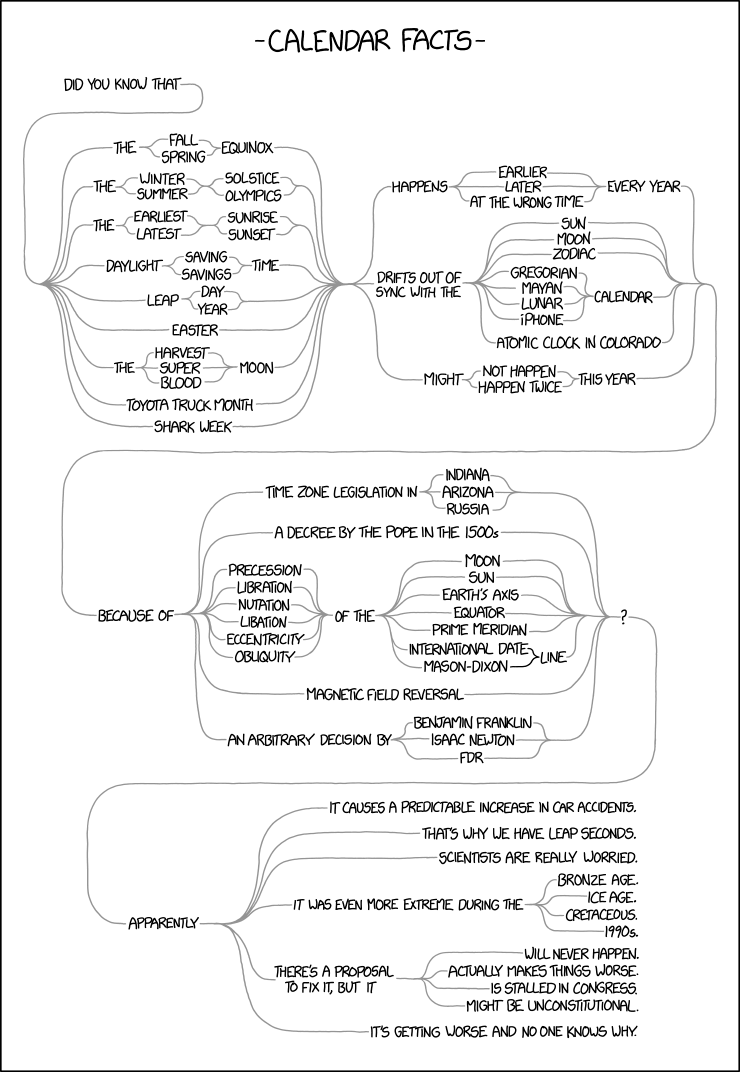 Did you know that Toyota Truck Week might happen twice this year because of an arbitrary decision by Benjamin Franklin? Apparently there's a proposal to fix it, but it might be unconstitutional.
Rumney, NH, US

Did you know that the blood moon drifts out of sync with the iPhone calendar because of libation of the mason dixon line? Apparently that's why we have leap seconds.
East Helena, MT

reply
Did you know that leap day might happen twice this year because of a decree by the pope in the 1500s? Apparently it was even more extreme during the 1990s
NZ

alt_text_bot
reply
While it may seem like trivia, it (causes huge headaches for software developers / is taken advantage of by high-speed traders / triggered the 2003 Northeast Blackout / has to be corrected for by GPS satellites / is now recognized as a major cause of World War I).

Sad but expected news: Tony Zhou and Taylor Ramos have shut down their excellent video series on film, Every Frame a Painting. They wrote about their decision in the form of the script for a final episode that never got made:

(TONY) As many of you have guessed, the channel more or less ended in September 2016 with the release of the “Marvel Symphonic Universe” video. For the last year, Taylor and I have tinkered behind-the-scenes to see if there was anything else we wanted to do with this YouTube channel.

(TAYLOR) But in the past year, we’ve both started new jobs and taken on other freelance work. Things started piling up and it took all our energy to get through the work we’d agreed to do.

When we started this YouTube project, we gave ourselves one simple rule: if we ever stopped enjoying the videos, we’d also stop making them. And one day, we woke up and felt it was time.

I was a huge fan of the series and posted many episodes on kottke.org. Here are a few particular favorites:

Cheers to Tony and Taylor…you made a great thing and knew when to quit (unlike some people).

P.S. Poking around, I found a mini Every Frame a Painting that Zhou and Ramos did for Criterion about The Breaking Point, posted to YouTube back in August:

Gah, that just makes me miss it even more!

abackstrom
reply
Every Frame a Painting is such a joy. Make sure you check it out if you haven't yet!
Rumney, NH, US

Loved the show, worth watching if you like movies =)
New York City 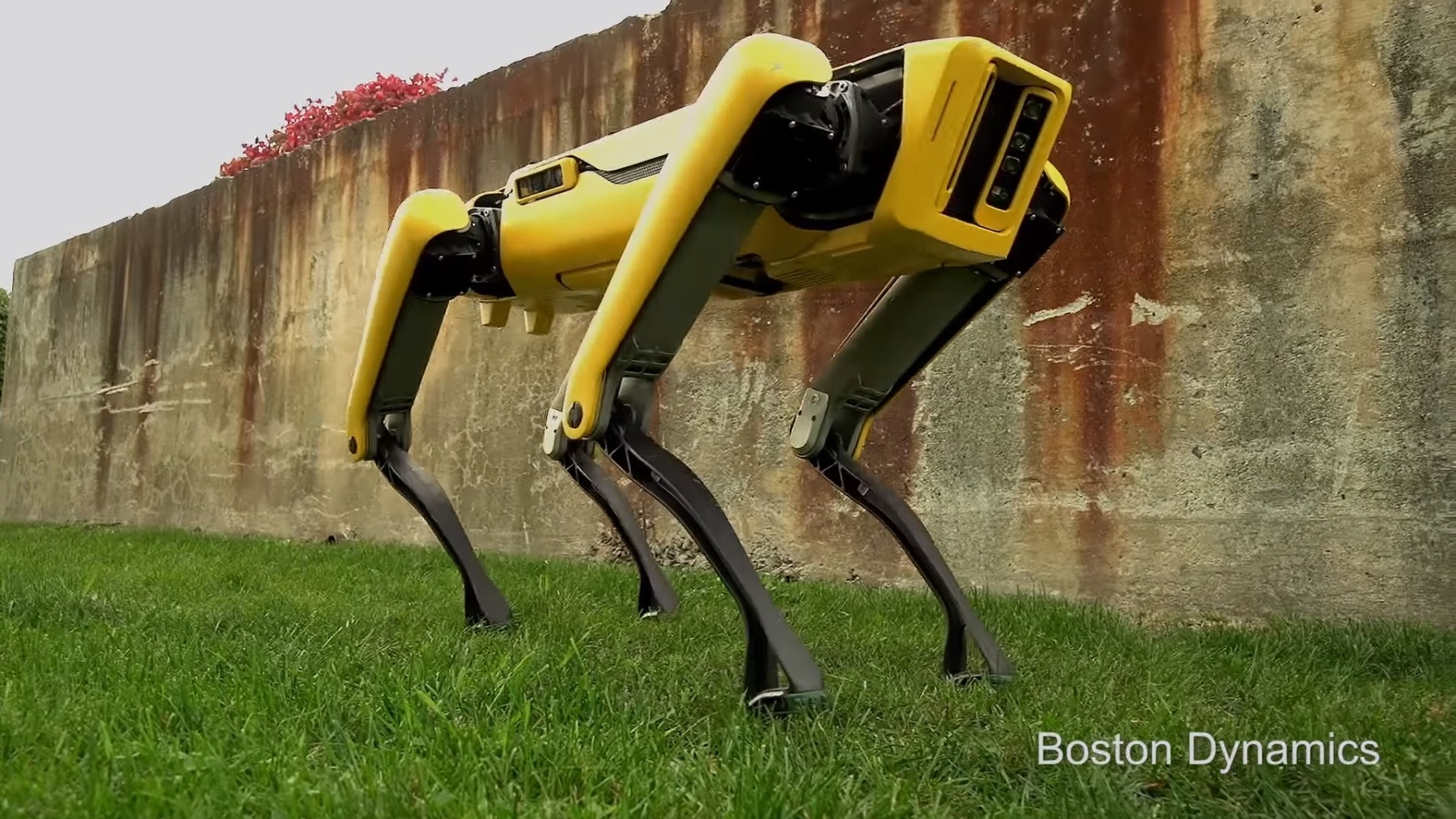 Boston Dynamics isn't a part of Google/Alphabet anymore, but that won't stand in the way of new robot videos, like this latest teaser for a revamped version of its dog-like electric SpotMini robot. Described only as the "new SpotMini" it looks sleeke...

abackstrom
reply
My 4 year old saw this on my computer monitor and is currently screaming and saying "that's a monster" and asking me to "put it away".
Rumney, NH, US

The Road Movie, a feature-length compilation of Russian dashcam videos by Jason Kottke
Monday November 20th, 2017 at 7:45 AM

The Road Movie, out in theaters in January, consists of nothing but videos taken from Russian dashboard cameras. There are car accidents, animal hijinks, fistfights, high/drunk people, meteors, and fires. The trailer is really entertaining…I’m curious to see the entire film to see how it’s stitched into something resembling a narrative that can sustain a viewer’s attention for more than 20 minutes.

daanzu_alt_text_bot
reply
I spent a long time thinking about how to design a system for long-term organization and storage of subject-specific informational resources without needing ongoing work from the experts who created them, only to realized I'd just reinvented libraries.

Be nice to librarians.
Greater Bostonia

kleer001
reply
One of reasons I'm so resistant to dumping my audio cd collection, streaming is flaky. Also why I just got a portable bluray drive.

Basically my job. It’s hard to get people to think about the inherent nature of formats: digital is easy to copy perfectly but it rots as soon as people stop using it. Too many people are obsessed with the physical storage layer rather than the never-stop-moving part…
Washington, DC
Next Page of Stories